I must admit, I’ve never been a big football fan. Watching the World Cup and the Champions League finals is pretty much my only football related activity. I get that some people enjoy watching it and that it is a pleasant activity for them. It’s just that it never had that big of an impact on me. Watching only the most important matches seems to fit me better.

However, A few months ago I discovered a football themed board game that managed to get under my skin quite quick. UND1C1 Soccer has been created by a group of Italian designers whose goal was to create the ultimate soccer board game. At the moment of writing this review, I do believe that UND1C1 Soccer is a good contender for the top spot of this category.

How to play UND1C1 Soccer

The pitch is divided into 224 boxes. Four boxes of the same color form a quadrant. Each side of the pitch contains colored segments that indicate where each player type can be placed before kick-off. There are special areas designed on the pitch for certain actions (shot boxes, cross boxes and header boxes).

Each player is represented by a chip that shows his name, shirt number, position and his special abilities. Before a kick-off, the players must be placed on the pitch according to their position, color and side of the highlighted square on his chip. Each player can have a maximum of three special abilities which grant him particular powers during gameplay.

The card decks contain 48 cards: 40 strategy cards, 6 playbook cards and two reference cards (one for abilities and one for the effects of the strategy cards). Strategy cards can be used to boost either a player’s or an entire team’s potential, while Playbook cards allow you to perform multiple moves while spending only one action.

The dice are rolled to determine the outcome of various actions during gameplay. The padlocks are used to prevent the opponent from stepping onto specific boxes. These can be placed only on empty boxes that are near any of your players. This is all you need to know about the components. Let’s now talk about how the game goes.

One match consists of two halves of 10 turns for each player (coach). On each turn, a coach has to do the following steps, in this order:

To begin a match, both coaches roll the dice and the one with the higher result takes the first turn. He gets to choose one of his players and places it in the midfield circle, putting the ball on top of him. After that, he has to pass the ball to any other player in his team as his first action.

There are multiple actions that can be taken: movement, passing, dribbling, tackling, shooting and crossing. A player can move up to two boxes at a time horizontally, vertically of diagonally as an action. However, if the player possesses the ball, he can only move one box in any direction. A player can not be moved on boxes already occupied by other players or padlocks. Multiple players can be moved at the same time and the coach still spends only one action to do so. This action is called a Choral Movement. The same rules apply, but there are certain constraints: all players must stand within the same line of quadrants and the movement takes place in the same direction.

All the other actions require dice rolls based on various factors such as player position or how many opponents are marking him. Most of these actions (except for passing) require both coaches to roll their dice. If the attacker (active player) rolls higher than the defender, his action succeeds, otherwise, the player loses ball possession. If a player loses ball possession while performing his 3 actions, his team’s turn ends immediately. He can now only place his padlocks and draw a strategy card.

Each coach may draw one strategy card at the end of his turn. They are normally allowed to play cards on their turn, but some of them can only be played on your opponent’s turn. You are allowed to hold a maximum of four cards in your hand and if your hand is full at the end of your turn, you must discard one card before drawing a new one.

Just like in a real football match, at the end of the game the team that scored most goals wins!

My thoughts on UND1C1 Soccer

The game is fast paced and there is a lot of player interaction. unlike other games where even at 2 players you have to wait for your turn in order to do something (and that can take a while sometimes), here’s not the case, as you often have to roll your die on your opponent’s turn too, and you can also use cards on their turn too. Besides, the fact that you end your turn if you lose the ball through a failed dribble/shoot/cross is a really nice twist, keeps both players engaged, as your turn may come earlier than expected if your opponent fails his action.

Now, I know that usually you are supposed to play a game by its rules because that’s how it was designed to be played. However, I want to say that one thing that I appreciate a lot about UND1C1 is how flexible the gameplay can be. You can add house rules easily without changing the base game and still making a lot of sense in the context of the game. You can also remove some rules if you consider them too hard to understand or you can simply adjust them to your likeness, if you believe that your version of the rule fits the game better.

The player abilities add some more personality to them, besides their names which mimic real players. They are really nicely put together for each player type. Some players have better defensive/offensive skills than others so you are actually incentivized to pass from one player to another to take advantage of their skills and make great plays, instead of just moving forward with one player until you get to your opponent’s goal area to score.

The deck of strategy cards that each player owns also adds flavor to the game. I often felt like I was an actual football coach standing on the side of the field and giving instructions to the team when using these cards. Some of them have effects that can affect all players, while some can only be used to boost one player’s potential, and they can be real game changers if used at the right moment. The 4 cards hand limit is well thought, forces you to keep playing cards in order to cycle through the deck and get better ones if your current hand sucks, instead of just stacking them in your hand.

The Playbook cards add a lot more strategy to the game and I would suggest you to start using them only after you’ve played the game a couple times so you have a good grasp of the rules and how the game goes. They can really help you create some great situations to score goals. They also require some luck in order to succeed because of the succession of dice rolls that you are required to do but man it feels so good when you manage to pull them off.

I can not talk too much about the quality of the components because I was sent a prototype copy and I was told that the final components will be different from what I got. The ball pawn, the padlocks and the players chips in my prototype are 3D printed and the mat is a PVC one, but the final product will have a neoprene mat and the other components (including the cards) will be of better quality.

UND1C1 Soccer is a great football themed board game that’s fast paced and has a lot of player interaction. It does a great job at what it was designed for, and that is simulating a football match. Overall we enjoyed the game a lot. We are also thinking about organizing tournaments during our game nights to see who is the best coach in our group.

Even if you are not a fan of football in general, you should at least give it a chance. Go beyond the theme and imagine it as a capture-the-flag wargame where instead of a flag you have a bomb and instead of taking the flag to your base, you have to travel with it across the entire map and then beat your opponents gatekeeper to plant the bomb in his base. You may be surprised by the tactics involved and by how well the mechanics go together! It’s a great design that I’m sure many others will enjoy.

The game has not yet been published. It is still in development but if you want to hear more about it in the future, you can follow it on Instagram.

Full disclosure: A copy of UND1C1 Soccer was provided by the game designer. 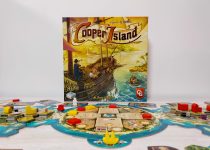 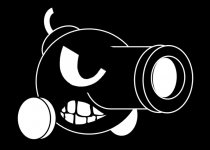