Viticulture is a worker placement game about making wine and… not making wine?! Yes, you’ve read it right. Although the title clearly refers to the cultivation and harvesting of grapes to make wine, it turned out that there is more than that.

My favorite part about this game is how well the mechanics mix with the theme. Sometimes, a game may feel like it was designed having the mechanics well established and then slapping a theme on top of them. However, while playing Viticulture I felt like the designers really considered all the aspects of running a winery before designing the game.

The idea behind Viticulture is to produce and sell wine. Sounds easy, right?

The game plays over multiple rounds (years), each one split into 4 phases, representing the seasons of a year. Each season plays differently, either forcing you to do certain actions (e.g. choosing your starting position in Spring) or allowing you to take actions by placing workers on the board. This instantly reminded me of Bosk, where the game also plays over the course of 4 seasons, with different actions available during each phase.

Each player starts with a Mama and a Papa card which will give you your starting resources. These may include cards, coins, or even pre-built buildings on your player board. On your turn, you will usually place workers to take actions like planting/harvesting grapes, doing tours for people to earn money, building new buildings on your board to get bonuses or get access to planting better grapes, making/selling/delivering wine, and drawing/playing cards. At first, the number of actions available to you may seem overwhelming. However, they all make sense thematically and you will soon get used to them.

Based on the number of players, there is a limited number of worker spaces available for each action. You will have to choose your starting position during Spring very well depending on what’s your plan for this round. Luckily, if the spots that you wanted to go for have been occupied, you can still use your Grande Worker to use that action.

The game is a race to be the first one to reach 20 Victory Points. There are many ways to earn them, and planning your actions well will help you run your vineyard more efficiently.

Viticulture has been around for many years now. I’ve always heard people talking about it but never had the chance to try it until recently. Now that I got to play it, I started to understand why it became so popular. This game offers more than you would think at first.

There are many different actions that you can take, and there are multiple viable strategies that you can follow to be the best viticulturist at the table. This is especially good because it adds variability to the gameplay Also, all strategies seem to be well-balanced, so the chance of having a player far ahead of the others and not having the chance to catch up is pretty low.

Speaking of strategies, even if the game revolves around making wine, you can actually win without focusing on wine! I found out that you can take advantage of actions and buildings that give you Victory Points and make some good points out of it. Although not the best strategy, because to me it seemed very luck dependant, it is good to know that you can earn some points this way if making wine fails.

Although there is a great range of actions and choices, Viticulture is not too difficult to explain to a new player. If you explain the rules well, the actions will make a lot of sense. This makes Viticulture accessible to new players yet challenging enough for more seasoned ones.

Decisions are always important because most of the time the players will be close to each other on the score track. A well-thought decision may give you a considerable boost to your score, so plan well! Paying attention to the others, thinking ahead, and having a backup plan in case someone blocks your actions is the key to being successful in running your vineyard!

There’s not much interaction between players. In fact, the main interaction is deciding the wake up order during Spring and placing workers on the board to block opponents. However, the Grande Worker helps you a lot with blocked spots, so the interaction is reduced even more.

A lot of people told me that Viticulture is even better with the Tuscany expansion. I did not have the chance to try it yet, but I watched a couple of videos about it and the stuff it adds to the game sounds really interesting. I’ll make sure to try it in the future.

To end this, I feel like Viticulture is a well-rounded worker placement game, with a great racing aspect added to it. Unlike in other games, the theme blends with the mechanics really well, and the beautiful artwork helps it a lot. There is very little downtime and it can be quite challenging at times. Getting to build and run your own winery feels really good, especially if you were lucky with your card draws. If you like worker placement games and you didn’t play Viticulture yet, then you should put it on your list!

Full disclosure: A copy of Viticulture Essential Edition was provided by the game publisher. 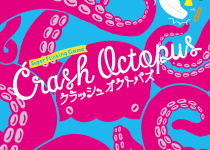